Our Bike Center in Val di Sole, with a wide free parking area, is directly connected with the cycle-path and the train station. You can choose to ride up until Cogolo or down along the valley and then come back with the Train Dolomiti Express. Included in the rental we offer a safety kit: helmet, fast-wheels repair and padlock.

The cycle path is 36 km long, it runs along most of the River Noce and through some villages of the Val di Sole, from Cogolo di Pejo until Mostizzolo. It is suggested for families with kids, it is very easy and safe: just 565 meters of difference in altitude. It is possible to choose different traits, using the Dolomiti express (Train+Bike service) and Bicibus, to enlarge the ride or to come back to the starting point. There are various bike rental along the valley.

UPPER PART - FROM COGOLO TO OSSANA

the cycle path starts in the village of Cogolo: after a little ascent, the track goes down along the wild part of the Noce river. Let you surprise by its magnificence and breathe the fresh air.

CENTRAL PART - FROM OSSANA TO MALÉ

From Ossana to Mezzana: the track is characterized by flat stretches and easy descents, riding through the two suggestive villages of Ossana and Pellizzano. It will thrill for sure riding right under S.Michele Castle.

From Mezzana to Daolasa: the descent continues, enjoy yourself visiting the World Championship race track in Daolasa or reaching 2000mt with the cableways with the unique landscape that Dolomiti offesr.

From Daolasa to Malé: the easiest part of the whole cyclepath. It would be beautiful riding along the Noce River and the green grasses, maybe watching others having fun on a rafting experience!

From Malé, administrative center of Val di Sole, down until Mostizzolo through the apple ochards of the downvalley. It is possible to come back following the same track or by taking the Train (when it is allowed to transport bikes).

It's called Dolomiti Express , in service from June to September, a train that carries up to 80 bicycles. Our Centro Bike is directly connected with the Daolasa Train station with a wide free parking area. 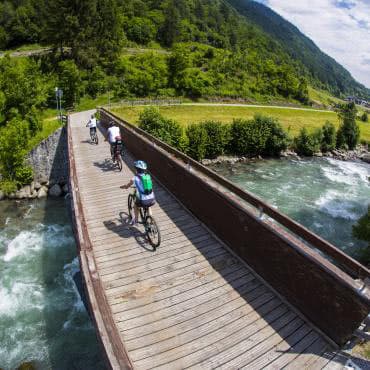 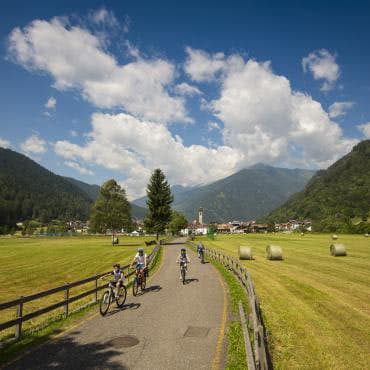 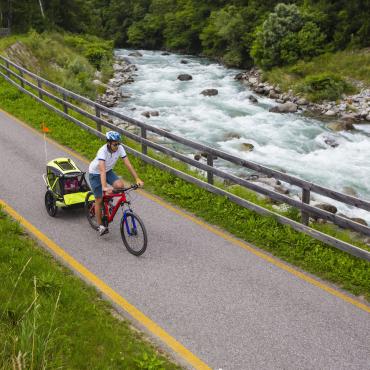 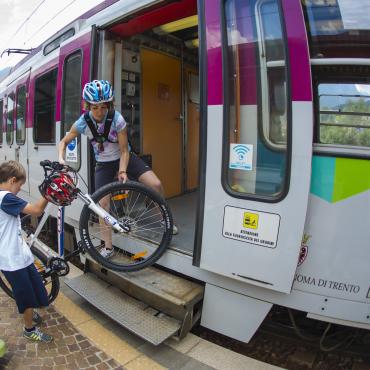 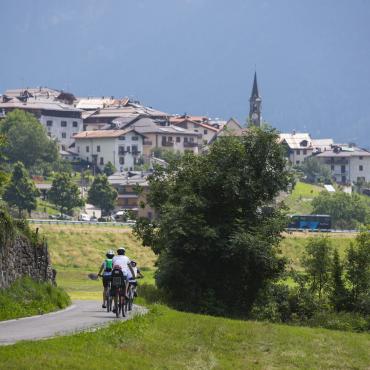 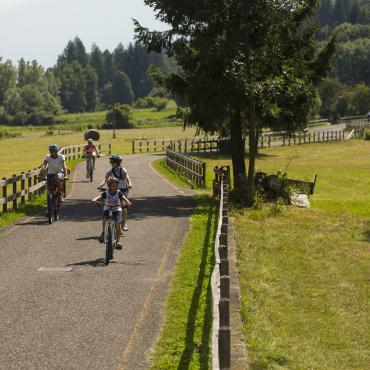 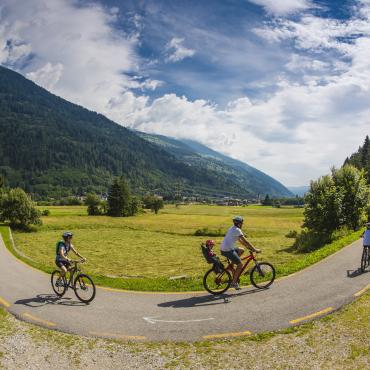 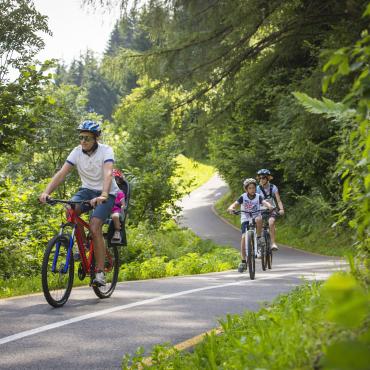 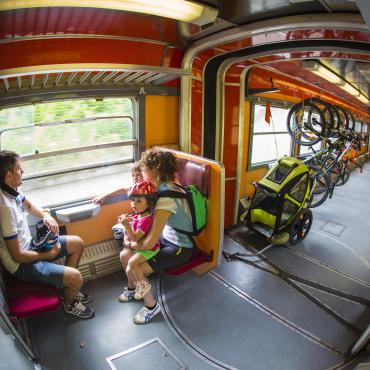 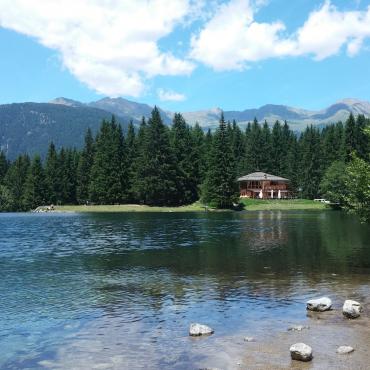 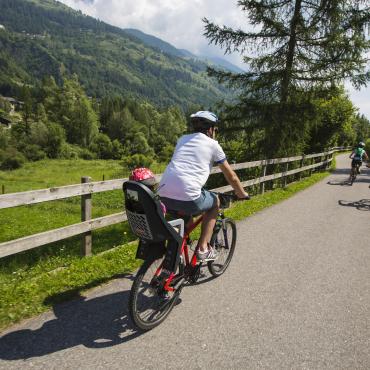 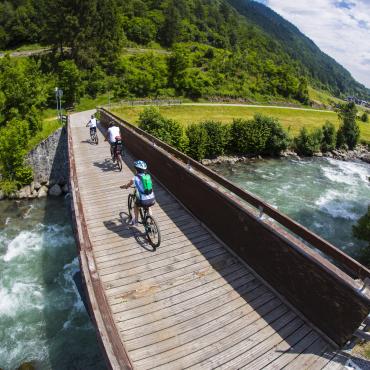 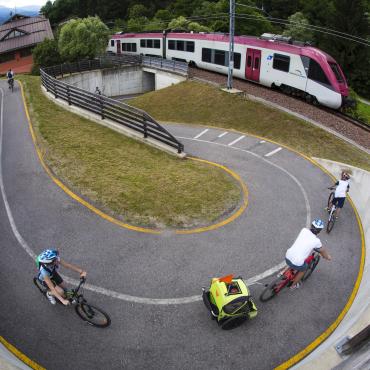 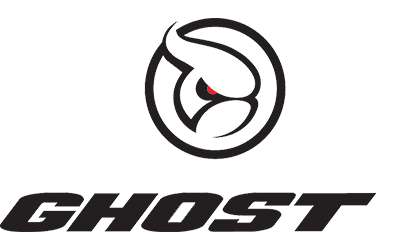 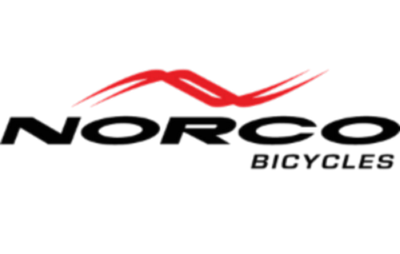 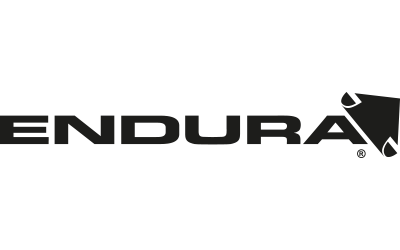 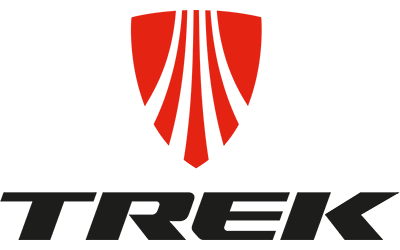